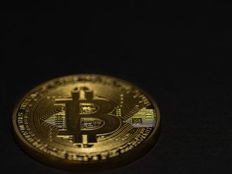 Patient Bitcoin investors have been wondering whether a bottom has finally taken place amid a challenging 2022 market for the broad cryptocurrency market. One analyst thinks that a bottom could come right around Christmas time.

Crypto analyst Benjamin Cowen foresees Bitcoin following a similar path in 2018, where Bitcoin made higher lows before giving way to new lows to eventually hit rock bottom. That said, Cowen noted that history says bear markets in Bitcoin last about a year, which means that a rally could start happening ahead of 2023.

“I can’t really say for sure, obviously, if it’s going to play out in the exact same fashion but I will say this,” Cowen added. "This bear market has been going on for over a year now, and historically, bear markets for Bitcoin last about a year. The one in 2014 lasted 14 months, and the one in 2018 lasted about 12 months, so in that context you could argue that we’re well within the window as to when bottoms typically occur in terms of time.”

Much of the extended “crypto winter” had to do with the fallout from the collapse of cryptocurrency exchange FTX. This put heavy selling pressure on Bitcoin prices, but when the dust eventually clears, investors can gain exposure to Bitcoin’s future upside with futures as opposed to the actual currency itself.

BITO provides the gateway for investors who want crypto exposure to diversify their assets but still want to remain within the safe confines of a regulated market. While the crypto market is growing and the government is looking into shoring up its regulatory structure, BITO can give investors the regulated crypto exposure they desire.

Additionally, the fund is actively managed, giving investors the peace of mind of knowing that their investments are in the hands of seasoned portfolio managers. Bitcoin can be a volatile asset, and active management can make portfolio changes on the fly when market conditions warrant an adjustment.

BITO is an alternative to getting decentralized exposure without direct access to the asset. Given the current economic uncertainty, now could be a good time to do so.