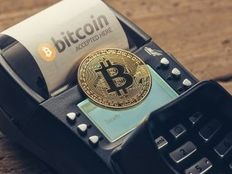 Bitcoin Opportunity May be Afoot

Bitcoin endured its fair share of punishment and volatility through the first eight months of 2022, but some market observers believe the turbulence could give way to buying opportunities.

Those opportunities may already be, and if that assessment proves accurate, exchange traded funds such as the VanEck Bitcoin Strategy ETF (XBTF ) could benefit. Of course, bitcoin would be helped by a more sanguine macroeconomic outlook.

“An environment of rising rates and a possible economic slowdown spell bad news for Bitcoin and other risky bets—like tech stocks, with which cryptos are largely correlated. Higher interest rates push bond yields higher, making the relative returns of risk assets like Bitcoin less attractive, and a recession would be expected to even further crimp demand for these assets,” reports Jack Denton for Barron’s.

As an actively managed futures-based fund, XBTF is more levered to short-term bitcoin price action, indicating that it could be an ideal avenue for investors looking to avoid some of the volatility that often accompanies the digital currency over longer holding periods.

Adding to the near-term case for XBTF are some improving technical signs for bitcoin, including the cryptocurrency’s recent move above its 200-day moving average. Over the asset’s history, that’s often been a reliable indicator of more upside to come.

“Now, as head of Galaxy Research Alex Thorn pointed out in a note Monday, Bitcoin is trading below both its 200-week moving average and realized price, which is the average cost basis among crypto holders,” according to Barron’s. “Bitcoin has traded below its 200-week moving average on only a handful of occasions, the analyst noted, including the 2015 bear market, the 2018/2019 bear market, the peak of fear from Covid-19 in March 2020, and the period from June 2022 through August.”

While there are some emerging signs that XBTF could be primed for near-term upside, pragmatic investors may want to assess confirmation and wait before rushing because, as is often the case with bitcoin, downside risk looms.