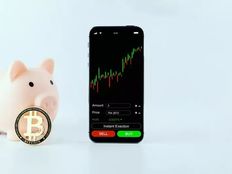 Bitcoin is hovering around the $40,000 mark as it shows signs of correlation with the stock market in recent months. Just like stocks, Bitcoin’s price has been heading south at the start of 2022 as inflation fears have been racking the traditional finance markets.

Crypto markets have been following in tow, though they did spark somewhat of a rally in mid-March before that lost steam heading into April. Inflation fears continue to swirl, which is stifling both cryptocurrency and stocks.

Meanwhile the markets wait on what the U.S. Federal Reserve plans to do as it begins to unwind its balance sheet, which is also causing investor angst. More rate hikes are expected throughout the year, causing some market experts to cause a recession and upend market growth.

As far as where Bitcoin is headed, technical analysis can provide some clues. The leading cryptocurrency did hit the $47,000 mark in the end of March before falling again.

“A formal signal to break the support will be considered a failure under the previous lows in the $38,000 area,” says Alex Kuptsikevich, senior financial analyst at FxPro in an email to CoinDesk. “The ability to develop a reversal to the offensive from these levels, on the contrary, will reinforce the importance of this moderate uptrend line.”

New investors in the cryptocurrency market are finding out just how volatile the digital asset can be, especially in the current market environment. According to some, that won’t subside anytime soon.

“Bitcoin sold off hard during Q4, but then during the first frame of 2022, it underwent a period of relatively directionless trading,” explains Paul Robinson, strategist at DailyFX, told CoinDesk in an email.

“Contracting price action over the last three months could continue to make things even choppier in the near term, but given the nature of volatility (expanding/contracting) and the fact that this is bitcoin, volatility is likely to ramp up again as we head towards the middle of the year,” Robinson adds.