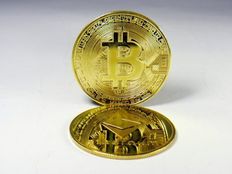 Unlike stocks or bonds, traditional valuation metrics, such as price-to-book or price-to-earnings ratios, aren’t usually applied to bitcoin. That’s likely the result of the digital currency being young in financial terms, among other issues.

However, some cryptocurrency devotees do attempt to assign valuation to bitcoin and with the digital asset’s recent woes, a growing chorus believes it’s getting close to being attractively valued. Assuming that view proves accurate, it could positively impact exchange traded funds, including the VanEck Bitcoin Strategy ETF (XBTF ).

XBTF is an actively managed, futures-based bitcoin strategy. As such, the fund’s returns won’t be identical to those posted by the digital currency over long holding periods, but on the upside, XBTF can potentially be responsive to near-term bitcoin price action, which would be beneficial in the event the asset rebounds from its recent slide. Some experts believe that’s possible.

An 80% jump from current prices, or double for that matter, may appear to be a far-flung scenario given bitcoin’s recent struggles. However, the largest digital currency has a track record of rapid rallies, some of which have been notched following big declines.

For example, bitcoin doubled in just three weeks and a day at one point last year and its previous double took less than 11 weeks.

“In other words, expect Bitcoin to double from here to $41,000 per BTC token. And it probably won’t take anywhere near a year to occur, if past history is any guide,” concluded Hake.