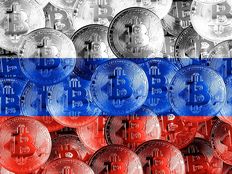 Fears regarding the illicit use of crypto in the conflict between Russia and Ukraine have come to the forefront as the war is being fought both on the ground and digitally through hackers. Coinbase has announced in a blog post by Paul Grewal, chief legal officer, that it is blocking 25,000 addresses linked to Russian individuals or entities connected to illicit activity both from external source identification and its own extensive vetting and tracking process.

Through a strenuous process, Coinbase verifies any new accounts against listed names of sanctioned entities and individuals maintained by the U.S., U.K., EU, UN, Singapore, Canada, and Japan. Individuals that match with a sanctioned identity or that live in a sanctioned area are not allowed to open an account.

Sanctions lists are frequently updated, and databases are constantly re-checked to verify that new existing users are now sanctioned, including mapping transactions beyond just the entities and individuals to identify any parties that are related and block accounts associated with the bad actor. Coinbase also utilizes its own blockchain analytics program to find emerging threats, high-risk behavior, and more, which has allowed the company to identify accounts that are held by individuals outside of Coinbase that have been sanctioned.

Coinbase believes that digital asset transactions are much easier to identify and that tracing them can lead to better detection of illicit behavior and players over the traditional finance system, which utilizes shell companies, tax havens, hiding behind opaque ownership structures, and more to conceal illicit transactions.

“By contrast, digital asset transactions are traceable, permanent, and public. As a result, digital assets can actually enhance our ability to detect and deter evasion compared to the traditional financial system,” Grewal writes.

Public blockchains offer a plethora of information, including times and dates of transactions, what virtual asset was traded, how much was traded, wallet addresses involved, and more. On public blockchains, the transaction history of a wallet can be tracked from its first transaction, and the risk level can be assessed through transactions with other wallets. One of the best arguments for crypto better allowing the detection of illicit transactions and players is that it is immutable, with data recorded on the blockchain unable to ever be tampered with.

“Coinbase helps everyday people to protect, build, and share their wealth through crypto technology. At the same time, we vigorously work to promote security, safety, and transparency on our platform, including through our commitment to sanctions compliance,” Grewal writes. “We welcome public scrutiny of the crypto industry, and will continue working to enhance our overall compliance program and industry compliance standards.”

Investing in Coinbase Through BLOK

For investors who want access to the growing crypto space and companies like Coinbase while also diversifying their exposure, the Amplify Transformational Data Sharing ETF (BLOK B-) can be a great solution.

BLOK currently has $922 million in AUM, is actively managed, and invests in companies directly involved in developing and using blockchain technology. BLOK was also the first blockchain ETF approved by the SEC and launched in 2018.

Coinbase is carried within the fund at a 4.09% weight.