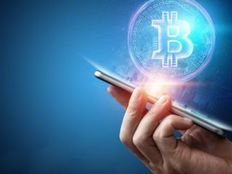 About two weeks after the completion of the Ethereum Merge, investors have likely heard about several of its implications on Ether (ETH), Bitcoin (BTC), and the broader crypto industry. What is less clear is if and how the Merge will affect the companies within the crypto ecosystem. Using the Alerian Galaxy Global Cryptocurrency-Focused Blockchain Equity, Trusts and ETPs Index (CRYPTO) as a reference, only a few pure-play constituents are affected by the structural changes behind the Merge. Some cryptocurrency miners could see a negative impact as they repurpose ETH mining equipment (although the majority of public crypto miners focus on Bitcoin mining), while exchanges that offer staking services could see further revenue growth.

Quick refresher — What is the Merge?

On September 15, Ethereum finally completed its long-awaited transition from proof-of-work (PoW) to proof-of-stake (PoS) — in other words, Ethereum moved from a mining system to a staking system. This event was also known as the Ethereum Merge. This was a structural change to the blockchain, and ETH users and holders were unaffected and were not required to take any action. Despite the recent attention given to the Merge, this event had been expected for several years when the new PoS blockchain was created on December 1, 2020. On the regulatory side, the Merge reduced Ethereum’s energy consumption by 99.95%. However, the SEC has previously expressed some concerns on staking and whether it could raise questions on asset classification.(1)

The majority of public crypto miners focus on Bitcoin mining.

Because the primary change is the move from mining to staking, the Merge would affect Ethereum miners the most out of the companies within the ecosystem. However, most public crypto mining companies focus on mining Bitcoin with the exception of HIVE Blockchain Technologies (HIVE CN) and Hut 8 Mining Corp (HUT CN). Fortunately, ETH mining equipment is much cheaper and more flexible than BTC mining equipment so current ETH mining equipment can be repurposed. ETH is mined using graphic processing units (GPUs), which are standard computer hardware and can be used for multiple purposes including mining various digital currencies. BTC is mined using application-specific integrated chip (ASIC) mining rigs — these are more powerful and expensive and are created for a specific purpose (e.g., mining Bitcoin).(2) While there was uncertainty about the specific completion date of the Merge, the transition began in December 2020, so miners have been preparing for the Merge for at least a couple of years. HIVE has already announced it was seeking to reallocate its 6.5 Terahash of Ethereum mining capacity to other mineable coins.(3) HUT expects to use its Ethereum mining equipment for opportunities outside of crypto — including artificial intelligence, machine learning, or visual effects rendering.(4)

The switch from mining to staking should benefit companies that either participate in staking or serve as a platform for staking. Staking involves depositing ETH to act as a validator, which can then produce rewards based on the balance deposited (similar to earning interest at a bank). To make the process simpler, platforms like Coinbase (COIN) can facilitate staking in exchange for a percentage of the yield. The company has already seen an increase in revenue from its staking services over the past few quarters from ETH and several other digital currencies. While COIN’s transaction revenue fell 66% y/y in 2Q22, its blockchain rewards revenue (which includes staking) doubled over that same period. Blockchain rewards revenue was 8.5% of total net revenue in 2Q22 compared to 1.7% in 2Q21.

For blockchain and crypto equities, there are few direct effects as most companies still focus on Bitcoin and its effect on the sector as a whole is largely neutral in the short-term (although there could be long-term implications for supply/demand and regulations). Individual companies that have the most exposure to the structural changes behind the merge include COIN, which could benefit from increased staking revenue, while only certain miners (HUT CN and HIVE CN) may have to figure out how to smoothly transition their existing ETH mining equipment.

2 What is the difference between ASIC mining and GPU mining? :: HIVE Blockchain Technologies