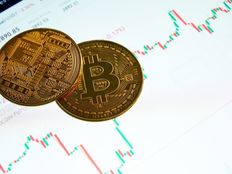 This ETF Is Becoming a Popular Way to Bet Against Crypto

A short bitcoin exchange traded fund has quickly become a popular way for bearish crypto traders to bet against the digital currency.

The ProShares Short Bitcoin Strategy ETF (BITI ), which provides a way for investors to potentially profit from a decline in the price of bitcoin or hedge their cryptocurrency exposure, experienced some $51 million in inflows over the past week, according to CoinShares.

BITI now has some $69.6 million in assets under management after just listing at the end of June.

However, CoinShares did concede that the inflows into BITI could have likely been due to the short bitcoin ETF being the first of its kind offering to provide ETF traders with access to short or inverse exposure via futures contracts to the Bitcoin market.

“The inflows into short-bitcoin possibly due to first-time accessibility in the U.S. rather than renewed negative sentiment,” CoinShares said, adding that Bitcoin long products from Canada, Europe, and Germany saw a combined $20 million in inflows.

Other market observers, though, argued that the inflows into the short bitcoin ETF strategy could suggest that traders anticipate further weakness in the cryptocurrency market instead of a continued recovery ahead, CoinDesk reported.

“People who are involved in the market think that the bottom is still to come, so if they can’t make money on the rise, they want to make money on the fall by shorting Bitcoin,” Pawel Cichowski, head of dealing at crypto exchange XBO, said in a Telegram message.

“With signs of a global recession coming up and the bond yield curve inverting, nobody knows for sure where the price of bitcoin will go next. However, based on ProShares statistics, people are preferring to expect the worst,” Cichowski added.