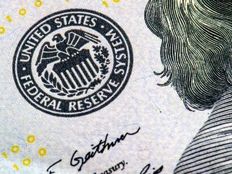 As has been widely documented this year, the Federal Reserve’s six interest rate hikes aren’t doing anything to facilitate appetite for riskier assets, including bitcoin. In fact, there’s no shortage of market observers blaming the Fed for bitcoin’s 2022 downside as well as that of crypto-correlated assets, including the Invesco Alerian Galaxy Blockchain Users and Decentralized Commerce ETF (BLKC ).

Count long-time crypto bull Mike Novogratz among those saying that the Fed is a hurdle to near-term bitcoin upside. In a Thursday interview with Bloomberg, he noted that he’s dialing back expectations that the largest cryptocurrency will ascend to $500,000 in five years, citing Fed tightening.

Novogratz, the chief executive of Galaxy Digital, said the Fed’s six rate hikes this year are damping enthusiasm for bitcoin. From current levels, the largest digital currency would need to rise more than 29x to reach $500,000, indicating that it is reasonable that Novogratz stepped back from his prior forecast.

A significant part of the reason why the Fed is crimping bitcoin and other cryptocurrencies is attributable to the aforementioned rate hikes spurring the U.S. dollar to the upside. The greenback will close 2022 as one of the world’s best-performing major currencies, which is a clear drag on other currencies, digital and otherwise.

That is to say, for much of this year, bitcoin’s ties to the dollar have been detrimental. Fortunately, data suggest those correlations are waning in recent weeks. That could be an encouraging sign for bitcoin bulls, particularly if the Fed holds off on rate hikes in 2023, as some market observers expect will be the case. That would be an obvious assist to crypto-correlated exchange traded funds such as the aforementioned BLKC.

Encouragingly, some BLKC components have recently shown signs of life, even against the backdrop of the FTX implosion, which is having far-reaching consequence in the crypto ecosystem. Novogratz acknowledges that the collapse of FTX and crypto-focused hedge funds and lenders is adversely affecting the crypto universe, but he might use the opportunity to scoop up some crypto assets.

“Galaxy Digital is looking at potentially acquiring distressed and cheap crypto assets via ‘some small acquisitions,’ Novogratz said. Galaxy has also reduced its balances on crypto exchanges as a precaution and began looking closely at exchanges’ reserves, he said, after having some of its assets trapped on the FTX exchange,” according to Bloomberg.