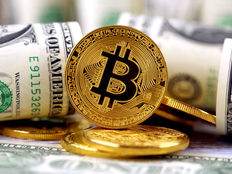 Is PayPal Drawing Investors into Crypto?

While it’s just one news item, bitcoin raced above $12,000 on the headlines, indicating increased adoption remains a pivotal catalyst for the digital coin.

“Unbelievably there are still some financial ‘experts’ and financial watchdogs who believe that cryptocurrencies are not the future of money,” said deVere Group founder and CEO Nigel Green in a recent note. “The decision by one of the biggest payment companies in the world to allow customers to buy, sell and hold Bitcoin is yet another example that exposes Bitcoin deniers and cryptocurrency cynics as being on the wrong side of history.”

Bitcoin Is Digital Gold…For Some

Bitcoin has sometimes been referred to as “digital gold” with supporters suggesting it could be a good safe-haven investment. However, bitcoin has tended to trade closer to equity markets in recent times and has been plagued by massive volatility, which has either made investors fortunes or crushed them.

Integral to the case of expanded acceptance and use of the digital asset is conveying to investors that bitcoin has a store of value properties, whether it be by measuring intrinsic or monetary value. Moreover, bitcoin represents freedom at a time when so many governments are actively increasing capital controls.

“The blistering speed of the digitalisation of economies and every aspect of our lives, including financial lives, shows that there will be a growing demand for digital, global, borderless money – characteristics that are inherent to the likes of Bitcoin,” said Green.

Bitcoin proponents argue that it is the ultimate alternative asset, combining high potential returns with low correlations and intraday liquidity. Has that held up during the recent market volatility? Some data points confirm the cryptocurrency has actually been less volatile than much of the S&P 500 this year.

“I believe Paypal’s decision will drive more institutional investors into the already burgeoning crypto sector, bringing with them their capital and expertise,” said Green. “Surely, the time is up for those relics who still believe cryptocurrencies are not the way forward?”