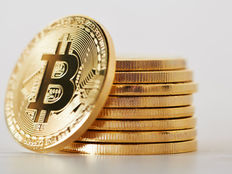 ProShares announced in a press release yesterday its plans to launch the first ETF within the U.S. tied to the largest cryptocurrency, bitcoin. That ETF launched today, reaching over $264 million within twenty minutes of trading.

The ProShares Bitcoin Strategy ETF (BITO) arrives after issuers spent years trying to receive approval by the SEC for an exchange traded fund linked to cryptocurrency. BITO will not invest directly in bitcoin, but instead in bitcoin futures. SEC Chair Gary Gensler had previously indicated that the Commission would be more likely to move forward with a futures-based ETF than a direct bitcoin ETF.

As the crypto exposure comes through an ETF, it can be bought and sold like a stock, and it provides investors with an opportunity to invest via an alternative to a crypto exchange while also being provided the protections that a 1940 Act fund inherently carries.

“We believe a multitude of investors have been eagerly awaiting the launch of a bitcoin-linked ETF after years of efforts to launch one,” said ProShares CEO Michael L. Sapir in the press release.

“BITO will open up exposure to bitcoin to a large segment of investors who have a brokerage account and are comfortable buying stocks and ETFs, but do not desire to go through the hassle and learning curve of establishing another account with a cryptocurrency provider and creating a bitcoin wallet or are concerned that these providers may be unregulated and subject to security risks,” Sapir said.

ProShares had previously launched the first mutual fund linked to bitcoin in July, under their affiliate company, ProFunds.

BITO will be an actively managed fund that has the ability to carry a “spot” difference from the bitcoin token itself.