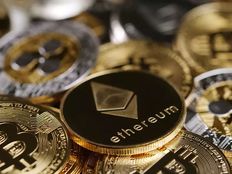 The Importance of Women Leading Crypto

The financial industry has history of being dominated by men, with women holding a meager 11% of C-suite roles in 2021.

With its roots as an upstart technology aiming to upend the status quo, crypto and blockchain have enormous potential to solve some long-calcified problems, including the monopoly men have in leadership positions. Unfortunately, some of this old-world baggage has made it into the crypto space. 75% of crypto holders are men and just 5% of crypto founders are women.

Given how much DeFi leans on innovation and transformative ideas, the importance of more leadership diversity is essential. Research places women ahead of men in a number of key leadership qualities including resilience, self-development, and initiative-taking. Women are also more likely to pay attention to environmental, social, and governance reform than men are, which is increasingly vital as the effects of climate change begin to manifest. This becomes especially vital in a space like crypto, which frequently gets attacked for its high energy consumption.

Under the leadership of CEO Leah Wald, Valkyrie signed the Crypto Climate accord, which seeks to bring sustainability to the crypto space. Valkyrie has done more than merely talk ESG, they’ve taken concrete steps to address it in their funds. The Valkyrie Bitcoin Miners ETF (WGMI ) screens for miners that utilize at least 77% of their energy through renewable sources. Wald has also spoken to the importance of women in leadership positions in the crypto space.

A USA Today/Harris poll found that 11% of white Americans owned cryptocurrencies, compared to 23% of Black Americans and 17% of Hispanic Americans.

In many ways, Latin America is leading the adoption of cryptocurrencies, with El Salvador being the first country to accept Bitcoin as legal tender. They were joined recently by the Central African Republic. Obed Namsio, chief of staff to President Faustin-Archange Touadera, calls the move “a decisive step toward opening up new opportunities for our country.”

It might be easy to think that as crypto becomes more mainstream it will lose some of that rebellious, upstart edge it had in its earlier years. That said, it will also have the potential to transform the status quo. If it can wrestle its own diversity problems, it has the potential to bring a more egalitarian spirit to mainstream finance.