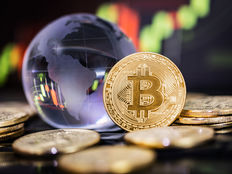 For years, the crypto industry grew with little oversight from global regulators. Now, the nascent industry is too big to ignore.

Governments around the world are now looking to regulate the crypto space, but every country and region is taking a drastically different approach to regulation.

U.S. Regulation Could Be Stalled by Policy Makers’ Lack of Knowledge

Crypto regulation in the U.S. has been a hot topic for weeks, as crypto made its way into the massive infrastructure bill still awaiting Congressional approval. The crypto provision in the bill would require crypto “brokers” to report digital asset transactions of $10,000 or more.

However, the definition of “brokers” was too vague according to many in the crypto community, revealing that many policy makers may not have the knowledge necessary to effectively regulate the crypto space.

Regulators at the Federal Reserve have been looking into stablecoins, cryptos which are pegged 1:1 with the U.S. dollar, despite many lacking the cash reserves necessary to justify that peg.

According to the Wall Street Journal, Fed Chair Gary Gensler said that because many stablecoins are backed by securities, the U.S. may be able to regulate them as investments.

In order to regulate the crypto space as a whole, Congress would have to pass legislation expanding the SEC’s regulatory abilities or create a regulatory code specifically for crypto.

European regulators are choosing the second route, creating new crypto-specific regulatory guidelines for investors and developers under a plan called the Regulation on Markets in Crypto Assets, or MiCa.

The rise of stablecoins has prompted increased focus on regulation as some worry that stablecoins threaten monetary sovereignty. Under MiCA rules, stablecoins would require authorization to be traded in the E.U.

Other crypto issuers would have to file white papers to be reviewed by national regulators with the power to suspend the tokens issuance.

Crypto exchanges and other crypto-related companies would need to abide by security regulations and receive approval to operate. However, passing the proposal may take years.

The U.K. specifically has cracked down on crypto this summer, requiring firms to register with the Financial Conduct Authority. The move has caused many firms to withdraw applications due to the amount of information they would be required to provide to the FCA.

China Cracks Down on Crypto

Although China was the original home of many crypto companies, regulators have begun to crack down on bitcoin mining and trading, forcing huge swaths of bitcoin miners out of the country, resulting in a massive drop in mining as miners relocate.

In many Latin American countries, crypto adoption has accelerated, and lawmakers in some countries want to make it even easier.

Additionally, many crypto firms have found a home in Latin America, particularly the Cayman Islands, Panama, and Costa Rica, because of their attractive tax laws.

Although some countries, namely Bolivia and Ecuador, have explicitly banned Bitcoin or forbidden it from being used as legal tender for goods and services, many Latin American countries seek to support crypto and potentially attract crypto businesses to their economies – CoinMarketCap, a prominent crypto data aggregator.