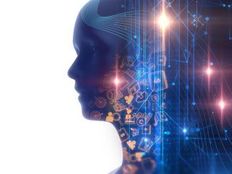 AI Role in Work From Home Trend Could Benefit This ETF

The work from home theme stirred by the coronavirus pandemic could have positive implications for some ETFs, including the ARK Web x.0 ETF (ARKW ), with the right mix of exposure to artificial intelligence trends.

Often viewed as a play on Internet themes, the actively managed ARKW is anything but your grandfather’s Internet ETF. What makes ARKW a more compelling option than passively managed funds is that with the benefit of active management, the fund goes beyond prosaic fare, such as Alphabet, Amazon, and Facebook. For example, Tesla is ARKW’s top holding and the fund features exposure to the likes of Square and Roku, stocks not often found for size in traditional internet ETFs.

While those stocks may not scream “work from home relevant,” ARKW is poised to benefit as more Americans are turning their homes into offices.

“With an unprecedented number of people working from home, video conferencing has become an instant hit; yet, background noise and choppy connections have added frustration to online meetings,” said ARK analyst James Wang in a recent note.

Why ARKW Is Important Today

The ARK Invest active management team also employ a top-down and bottom-up research methodology to identify innovative companies in the investment process. They would identify disruptive innovations from a potential universe and select the best-positioned companies, along with adjusting for changes in conviction and taking advantage of market volatility along the way.

A sudden surge in demand could help technology hardware companies bounce back more quickly. Tech giants like Microsoft have previously warned that it would miss quarterly guidance because of supply chain disruptions, but at the same time, it argued for “strong” demand.

“Google and Microsoft are using AI to attack these long-running problems. Google’s Duo video calling app has added a feature called WaveNetEQ, a neural network that detects missing or garbled speech and fills in the words the speaker meant to say,” notes Wang.

Productivity hardware is required when working at home, which has caused historic sales increases over the first two weeks of March in categories such as monitors and PCs, as well as computer accessories.

Google and Microsoft “are playing catch up with Zoom, whose video conferencing application has ballooned from 10 million to more 200 million daily active users during this crisis,” notes Wang. “In recent days, however, security woes have plagued Zoom, causing various companies and government organizations to ban it. How Zoom handles its first major crisis as a public company will determine if it can cement its lead in this hotly contested market and justify its lofty $35 billion market cap.”