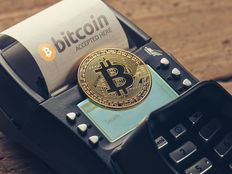 Once hailed as a digital safe haven that could one day supplant gold, Bitcoin has been anything but its precious metal counterpart as of late even after the Federal Reserve recently slashed rates to zero percent. The move comes amid persisting concerns regarding the coronavirus outbreak, which should spur gains for safe havens like Bitcoin, but it hasn’t been responding as such.

Following the rate cut announcement, Bitcoin enjoyed a quick uptick, but it proved to be short-lived.

“In the past hour Bitcoin (BTC) price perked up and rallied 14.33% to a daily high at $5,940,” Horus Hughes wrote in Cointelegraph. “The strong upside move allowed the price to break out of the tight $5,070-$5,520 range but at the time of writing the price is pulling back below into its previous trading range. The surge in price occurred shortly after the U.S. Federal Reserve announced that it would cut interest rates to 0%, launch a $700 billion quantitative easing program, and the regulator provided additional details about the type of securities it would purchase.”

“The massive stimulus package is designed to combat the market turmoil brought about by the novel Coronavirus but shortly after the announcement, Dow futures dropped 1,000 points, triggering the limit down and signaling that the Monday open could see the Dow, S&P 500 and other major indices give back the gains accrued at the market close on Friday, March, 13,” Hughes added. “The sharp pullback in futures markets shows that despite strong intervention from the Fed, investors remain extremely concerned about the long term economic impact of numerous countries closing their borders, airline operators ceasing operations, and mandatory self quarantines and curfews forcing tens of millions of people to cease all activity and remain indoors.”

What the leading cryptocurrency does from here will be dependent on its technical price levels.

“Bitcoin price is presenting a couple of scenarios likely to leave most investors in confusion and dilemma,” wrote John Isige in CoinGape. “The entire weekend session saw $5,000 stand out as key support. Even though an assault at $6,000 failed to materialize in further gains, however, losses were stopped above $5,000. This has presented some semblance of stability for the largest cryptocurrency by market capitalization. For this reason, some buyers are contemplating rejoining the market and contribute to pulling the price above $6,000.”

“Bitcoin formed a bearish pennant pattern,” Isige added. “This pattern, when formed, signals a continuation of the former trend before the consolidation began. Bitcoin price is still under great risk of breakdown especially if the pattern support is shattered. Moreover, it could be catastrophic for Bitcoin if support at $5,000 gives in, which would encourage more selling, forcing BTC/USD down a painful path with a bearish target on $3,000.”