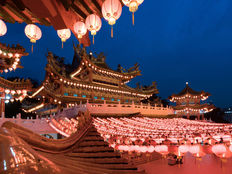 China Utilizes Blockchain Tech to Issue $2.8B in Bonds

China continues to bolster its global position as a purveyor of cryptocurrencies and its underlying technology, blockchain, as the Bank of China is utilizing the technology to issue $2.8 billion in financial bonds, according to a Cointelegraph report.

The bonds will consist of debt issues from small companies and micro enterprises—a move by China to strengthen its businesses to help develop its economy. With the U.S.-China trade wars lingering in the backdrop, the second largest economy is looking to wean itself off dependence on the U.S. in certain sectors.

Per the Coin Telegraph report, the Bank of China issued “around 404 billion yuan ($57.7 billion) to 410,000 small and micro enterprise customers, representing an increase of 35% since a year ago. As a reference, micro-enterprises generally have fewer than 10 employees, while small companies have up to 50 employees.”

Cointelegraph also reported that China will continue to enhance its blockchain technology at an estimated compound annual growth rate of 65.7% through the year 2023. Additionally, translated to dollars, that growth should equate to $2 billion by that same year.

From accounting procedures to shipping logistics, blockchain technology is already making its way into various sectors as part of the wave of technological disruption happening in all corners of the globe. Known as the underlying technology that powers cryptocurrencies, blockchain is separating itself as its own force to be reckoned with.

The technology is already being praised for its uses in keeping confidential data secure and as more uses for blockchain develop, it may just become standard fare.

ETF investors sensing an opportunity can look to blockchain-focused funds like the Reality Shares Nasdaq NexGen Economy ETF (BLCN). BLCN seeks long-term growth by tracking the investment returns, before fees and expenses, of the Reality Shares Nasdaq Blockchain Economy Index, which is designed to measure the returns of companies that are committing material resources to developing, researching, supporting, innovating or utilizing blockchain technology for their proprietary use or for use by others.

For ETF investors looking specifically for a China-focused blockchain ETF, they can opt for the Reality Shares Nasdaq NexGen Economy China ETF (BCNA). BCNA seeks long-term growth by tracking the investment returns of the Reality Shares Nasdaq Blockchain China Index comprised of blockchain-related companies located in Hong Kong and mainland China. The index is designed to measure the returns of companies that invest in or utilize blockchain technology.