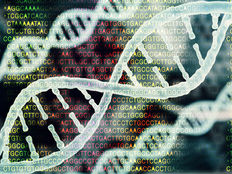 The fight against the novel coronavirus is putting plenty of healthcare ETFs in the spotlight this year, including the ARK Genomic Revolution Multi-Sector Fund (ARKG ), but there’s much more to the ARKG story.

In fact, ARKG was one of the best-performing healthcare ETFs prior to COVID-19 becoming part of the daily lexicon. That’s a trajectory the actively managed ARK fund can continue when the virus is defeated due to its exposure to disruptive themes, including CRISPR.

Looking ahead, CRISPR-based innovations to accelerate given the technology’s ease of use, cost-efficacy, growing body of research surrounding its safety, and AI-powered CRISPR nuclease selection tools. CRISPR could also be utilized to address some of the most prominent healthcare problems, which opens up a significant investment opportunity in monogenic diseases.

As the aforementioned Harvard study notes, there’s a big opportunity for CRISPR as it pertains to fighting to obesity and that could be meaningful for long-term ARKG investors.

“This study could have profound implications for CRISPR’s total available market. In the United States, more than 34 million people have diabetes and the medical costs and loss of work wages associated with it are valued at $327 billion annually,” notes ARK’s Urman. “If CRISPR were to be effective in increasing insulin sensitivity, CRISPR’s total available market would expand significantly, if not exponentially.”

ARKG includes companies that merge healthcare with technology and capitalize on the revolution in genomic sequencing. These companies try to better understand how biological information is collected, processed, and applied by reducing guesswork and enhancing precision; restructuring health care, agriculture, pharmaceuticals, and enhancing our quality of life.