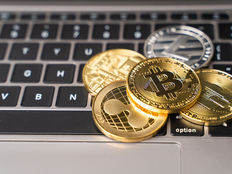 Crypto May Lower Transaction Costs in Some Countries

The partnership intends to bring stablecoins to users globally. The firms announced the partnership last Wednesday during Circle’s Converge22 Conference in San Francisco.

TBD was initially launched as an open platform to help developers interface directly with cryptocurrencies, but will collaborate with Circle to build out infrastructure enabling developers and wallet providers to engage directly with native protocols powering stablecoins, including the on-ramps and off-ramps between traditional fiat currencies and cryptocurrencies like bitcoin, Yassine Elmandjra, ARK Invest analyst, wrote in an October 3 newsletter.

“In low- and middle-income countries dependent on remittances, we believe cryptocurrencies have the potential to lower transaction costs considerably from the current 6% average remittance cost to a few basis points,” Elmandjra wrote. “With the introduction of stablecoins, users should be able to lower not only costs but also volatility.”

Block is a top-two holding in the ARK Fintech Innovation ETF (ARKF B-), weighted at 9.10%, trailing only Shopify (SHOP), which is weighted at 9.19% as of October 7, according to the fund’s website.

ARKF is an actively managed ETF that invests in companies deemed to be engaged in the theme of fintech innovation, defined as the introduction of a technologically enabled new product or service that potentially changes the way the financial sector works. This includes transaction innovations, blockchain technology, risk transformation, frictionless funding platforms, customer-facing platforms, and new intermediaries, according to the fund’s website.