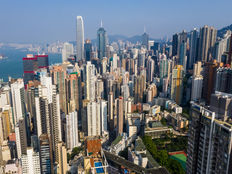 The Emerging Market Internet & Ecommerce ETF (EMQQ B-), the first ETF to focus on the universe of internet and ecommerce innovators in some of the fastest-growing markets in the world, marked the close of a strong year of performance in 2019. Through December 26, the Fund returned 33.42% YTD (Fund Nav) and a true bright spot in a volatile global market.

Coming off a significant drawdown in 2018 that coincided with the announcement and escalation of tariffs between the U.S. and China, the fund has managed to rebound in 2019 despite volatility from trade war news. To close out 2019, markets benefitted off a “phase one” trade deal that spurred a stock market rally ahead of Christmas.

“2019 has been a bounce back year for stocks of Emerging Market ecommerce companies despite the constant flow of negative sentiment,” said Kevin Carter, founder of EMQQ. “This remains much more than a quarter-to-quarter or even year-to-year story, as low smartphone penetration rates in Emerging Markets are coupled with what we believe to be strong fundamentals and attractive valuations, continues to offer further potential for Emerging Markets internet and ecommerce companies to see growth for potentially decades to come.”

EMQQ provides investors with exposure to the internet and ecommerce sectors of the developing world. Many investors believe that the growth of consumption in emerging markets represents a significant growth opportunity as more than one billion people are expected to enter the consumer class in the coming decades. Increasingly, these consumers are using smartphones and broadband mobile connections to access the internet.