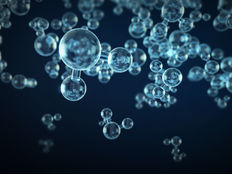 Getting Hydrogen Help For This Clean Energy ETF

Solar and wind usually command the most attention among clean energy consumers and in the renewable energy investment conversation, but investors should not overlook the opportunities afforded by hydrogen.

The SPDR Kensho Clean Power ETF (CNRG) is one of the best ETFs for investors looking to tap the hydrogen theme. CNRG seeks to provide exposure to the clean power industry both in terms of generation and the underlying technology driving it. Alternative energy sources are an increasingly important part of the power generation conversation.

“Interest in hydrogen has soared in every region of the world and in all sectors of the economy,” said IHS Markit in a recent note. “This widespread momentum is proving to be both a blessing and a curse. A blessing, as every end-use case is being tested somewhere. A curse, as the absence of one dominant use-case and the presence of many ways of producing and transporting hydrogen makes it hard to determine what will trigger the mainstream use of hydrogen as an energy carrier. It is also challenging to identify where there is real progress and where there is just hype.”

Investors should take a look at clean energy sector ETFs as renewable energy technologies experience rapid growth and greater adoption across the world.

“While hydrogen can be used as an energy carrier for all sectors of the economy, in the US and in Asia, the primary focus is simply transport. In mainland China, Japan and South Korea, a combination of local and central government works with industry to drive development of fuel cell vehicles and the associated infrastructure,” according to IHS Markit. “On the other side of the world, California’s ‘low-carbon fuel standard’ provides a clear mechanism to lower the cost of retail hydrogen and to develop a refueling infrastructure open to all.”

Traditional sources of energy like oil are constantly being challenged by alternative sources as more green initiatives become paramount, which makes alternative energy ETFs an option when investors want exposure to the energy sector.

“In Europe, there is interest in transport, but there are many other projects underway to look at the use of hydrogen, and other low-carbon gases, in buildings, industry and power. In Europe there is a patchwork approach, with individual countries focusing on different aspects,” notes Markit.