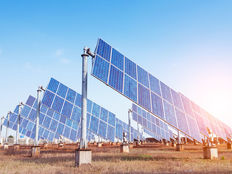 The ALPS Clean Energy ETF (ACES) is higher by 8.50% to start 2020 and that gain is no fluke. Rather, it’s supported by a steady stream of favorable fundamental data that bolster the long-term case for renewable energy investment.

Translation: ACES touches many of the most relevant corners of the renewable energy market and that’s a plus for long-term investors. As EIA points out, lower costs are boosting renewables adoption.

ACES is at the right place at the right time. Not only is clean energy consumption increasing, but costs are also decreasing, which in turn bolsters adoption. Additionally, coal production is slumping, adding to the virtuous cycle for alternative energy ETFs.