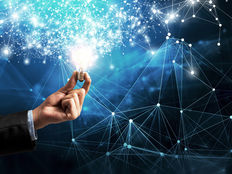 Innovation Versus Market Volatility and COVID-19

Innovation has long been a key to finding solutions. ARK Invest believes more than ever that the turbulence caused by the COVID-19 pandemic is allowing innovation to break through the traditional world order.

During an ARK Invest webcast focused on innovation, Cathie Wood, founder, CEO and CIO of ARK Invest, spoke on the impact of the Coronavirus, the effect on market volatility, and gains based around innovation. As she made clear, “Innovation gains traction during tumultuous times.”

Within the past few weeks, innovation has shown to provide solutions to great problems. While there was a lot to deal with, Wood believes there will not be another shut down for the economy. Thanks to understanding where the weaknesses were, major areas such as healthcare have now been battle-tested for weak links.

From here, if anything, the market will now have an increased bifurcation between the winners and losers. For winners in the innovation world, areas such as genomics and A.I. are being advanced. A lot of money is going into developing a vaccine and testing. And the increasing role of robotics due to the adoption of social distancing has become key. The same goes for blockchain technology when it comes to emerging markets.

This contrasts against the losers, who have to deal with value traps in the equity market, such as stocks being disrupted, and contending with changes regarding traditional large cap benchmarks.

In regards to uncertainty, Wood notes a few things Ark has kept an eye on. One worry is how the government may get in the way of innovation. This can happen in several ways. There’s a gaping deficit, and Ark’s solution is through hypergrowth. It won’t be through higher taxes, which is possible but will shut innovation down. This will be a continued focus during this election year.

“This is the way out of our problems,” Wood states. “Not making them worse with higher taxes to close budget deficits. So we hope that lower taxes prevail.”

Additionally, there are signs of rapid growth, even with talk of the virus possibly spreading once again. Despite some worry among economists, the market understands this. Economists are trying to play on the high side of expectations.

When asked about any surprise technologies in the last six months, Wood has a few areas to point out. In regards, again, to the weak links when it comes to healthcare, the vaccine space has been very underfunded, creating disbelief in the speed of its release, let alone where the U.S. came up lacking for testing.

As a counter, there has been increased spending in this area, as well as testing. Given how healthcare has increased political interest, it’s now time to open up the spigot in innovation in areas such as the genomic revolution. It’s just a natural way to go, compared to the times where healthcare is simply left with minimal attention and spending.

Changing gears, infrastructure is critical to innovation as well. Transportation, for example. With so many companies having employees work from home, the cost of transportation is going to drop, and demand will naturally rise – which also brings up concerns regarding congestion. So, air taxis, smart roads, and other drones could all be an important port to transportation solutions.

“We think an infrastructure bill at this time could be very useful in accelerating some of these very exciting opportunities,” says Wood.

Innovation allows for so many different kinds of problems to be solved. Once again, value traps highlight what sectors are in danger. Energy is in harm’s way, that’s obvious, but oil price has had a tremendous rebound this week, perhaps reaching a peak, possibly leading to oil demand in secular decline.

Banks are also in danger. Digital wallets are in favor, while loyalty to banks is breaking down. The same danger applies to any industry relying on a combustion industry – rail, airlines – these are the ones to look right now.

“From a micro point of view, companies not embracing new technology and innovation, given how they are evolving at an accelerated rate, are going to be in harm’s way,” Wood explains.

On the subject of international innovation, there’s a huge investment by China, which will spread throughout Asia. In Europe, innovation will be adopted at an increasingly faster pace, even with a south versus north divide. The U.S. has a continued reliance on Silicon Valley for innovation. One area to take note of is Israel, which has also come on strong with innovation. And lastly, Japan was actually very early in terms of researching the five innovation platforms Ark believes are important today, meaning they could be a sleeper in this area as well.

Related: Don’t Expect a Post-Pandemic Letdown for This Fintech ETF

Finally, gene editing and fintech have proven to be very exciting areas to look into. As Wood explains, “Technologies that have been evolving over the last 50 years, and even the internet, did not transfer over all of the spaces wholesale. They did to media and retail, but it has not caused a wholesale transformation.”

With digital wallets and Square’s cash app, among other innovations, the traditional finical services sector is going to be disrupted mightily during the next ten years. The same can be said for healthcare, as there’s never been a technology that could actually cure a disease. Now, with gene editing, there’s the potential of just that, making for exciting times.

To hear this full webcast interview, head to ARK Invest.