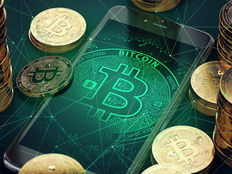 One of the most often cited knocks against bitcoin is that digital assets are volatile. While the largest cryptocurrency has had its bouts with turbulence, some investors may be surprised to learn bitcoin actually has some favorable volatility statistics.

Bitcoin proponents argue that it is the ultimate alternative asset, combining high potential returns with low correlations and intraday liquidity. Has that held up during the recent market volatility? Other critics believe bitcoin is an asset bubble destined to pop, but ARK Invest sees a contender in the global monetary arena.

However, even today, bitcoin’s origins are worth remembering as investors evaluate the digital asset’s place in the world money universe.

“Social media networks have transformed the way we communicate and interact. Online marketplaces have led to widespread, instant commercial matchmaking,” writes ARK cryptocurrency analyst Yassine Elmandjra. “Digital media platforms allow the streaming of content libraries consumed on-demand. Perhaps the most notable institution to rise from the creation of these tools, Bitcoin has called into question the very basis of economic organization.”

The idea of decentralized currencies goes far beyond bitcoin and Ethereum. Today, all kinds of companies, organizations, and governments are exploring the concept of initial coin offerings, or ICOs.

Businesses and currencies exist for roughly the same purpose: to facilitate the exchange of value. Fiat currencies like the U.S. dollar are positively primitive compared with the promise of blockchain and the emerging token economy, which some technologists have taken to calling an asset operating system

Vexing bitcoin fans is that U.S. regulators still haven’t approved access to the digital coin via the ETFs wrapper. However, ARK offers alternatives.

Until U.S. regulators approve a dedicated bitcoin exchange traded product, some ETFs with backdoor exposure to the largest digital currency can serve as adequate ways in playing increased bitcoin adoption. The ARK Fintech Innovation ETF (NYSEARCA: ARKF) is one of those ETFs. ARKF’s exposure to digital wallet names, such as Square (NYSE: SQ), provides investors with an avenue for bitcoin access in their portfolios.

“Meanwhile, fintech apps that offer crypto are making money. Square, the payments unicorn launched by Twitter CEO Jack Dorsey, rolled out bitcoin purchases in its Cash App in mid-2018. Cash App reported $306 million in bitcoin revenue in its most recent earnings report,” according to CoinDesk.

The ARK Web x.0 ETF (ARKW ) is another idea for bitcoin exposure as it holds a position in the Grayscale Bitcoin Trust (OTC: GBTC). ARKW is one of the best-performing actively managed ETFs this year.