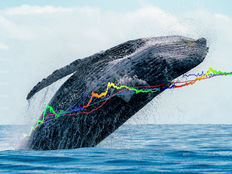 Is it Time to Buy ARKK? Flows Arrive in Mini Rally

Investors bullish about the run of good news over the last two weeks in the market may want to ask whether it’s time to buy ARKK, the ARK Innovation ETF (ARKK B+).

The strategy has risen significantly from its 52-week low of $33.74 on October 13th as options buyers set themselves up for potential upside that may arrive over the next few days. Broader market indicators support the consideration of ARKK, with the S&P 500 this month closing its best month since July.

Though some big names in tech like Meta, Inc. (META) have struggled, ARKK’s active approach and agility may support its ability to find new winners in a tech sector whose previous icons like META have instead come to stand in for the market writ large given how widely they’re held.

ARKK, as ever, looks for firms offering disruptive innovations in spaces like AI, automation, DNA, and cloud computing, leading ARKK to hold the likes of Tesla Inc. (TSLA) at 9% and Coinbase Global (COIN) at 4.5%, with TSLA the second largest holding in ARKK as of the end of October.

While opinions of TSLA are mixed, with strong bull and bear cases for the company’s prospects, it remains a name in tech and one for which the challenges pale in comparison to those faced by META and other social firms facing a drop off in digital advertising revenue. Furthermore, concerns that demand for Tesla vehicles has declined may be misplaced, with supply chain issues a possible culprit.

If the market has truly bottomed out, ARKK could present a significant opportunity for those looking for an agile exposure to up-and-coming tech shops with a total of $484 million over one year. Traders may want to take a closer look at whether it’s time to buy ARKK.