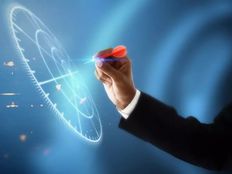 Live at Exchange: How Is ARK Seeing Opportunities?

ARK Invest sees one software segment poised to grow leaps and bounds above where people expect overall IT spending to go, with attributable market cap exceeding $100 trillion just for the innovative segment alone.

Todd Rosenbluth, head of research at ETF Trends and ETF Database, sat down with Brett Winton, ​​director of research at ARK Invest, today at Exchange: An ETF Experience to discuss ARK’s research and how the firm is considering investment opportunities.

“Our research is a combination of top-down research and bottom-up research. Often, analysts will start out and do an intricate cost decline curve using Wright’s Law to understand how costs are declining,” Winton said. “Then they turn around and do unit economic cases; meaning, what is the marginal buyer of this technology going to buy, and what are they going to get? And can I make a case of different sectors and different customer types that builds into our expectation for the overall size of the technology?”

Winton said that the analysts will look at the companies leading the charge with these technologies and will go through and rate the companies on people management, culture, product leadership, barriers to entry, ability to execute, and then underwrite the companies over five years.

“The basic process is the shifting between doing top-down work to understand exactly what the technology is capable of, seeing how that translates into the security level exposures, and making sure that those remain aligned and consistent,” Winton said.

When asked by Rosenbluth about the technologies he is most excited about, Winton said over the past year, his excitement is widespread and the velocity has only accelerated.

“We have a specific forecast on AI software,” Winton said. “The cost of client work that our cloud analysts bring in and our AI analysts did suggests that using Wright’s Law, the cost to train a neural [network] is going to fall about every nine months going forward through the end of the decade.”

Winton said since the firm published the work in January, the incremental news coming out of AI research has made him worry that they were too conservative. The systems are much more capable than he anticipated them being at this point, and it is still clear that it’s very early in terms of understanding how to tune, train, and deploy the technology.

Winton cited coding as an example, where previously coders would have to type out all the code themselves, but now the technology can autocomplete entire chunks of code, given a verbal prompt.

“You can turn a software engineer into two and a half software engineers,” Winton said. “So all of that work translates into an expectation that we think there’s going to be $14 trillion in revenue associated with AI software by 2030, compared to total IT spend globally today of less than $5 trillion.”