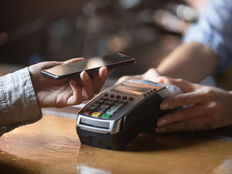 Among thematic exchange traded funds, the ARK Fintech Innovation ETF (ARKF) is ascending to star status this year and the move away from cash, hastened by the coronavirus pandemic, is a big reason why.

Importantly, the move to cashless and contactless payments isn’t going to abate when the coronavirus is defeated. Demographic tailwinds could see to this being a move with major long-term implications.

Cards and digital payments are slowly, but surely usurping cash as primary forms of payment, providing a compelling, long-term runway for growth for ARKF investors.

“Before we can think about a cashless future, however, we have to understand our present habits. Fewer than one in five respondents (16%) said they always carry cash, while 27% said they carry it most of the time, and 37% responded ‘sometimes.’ When Americans do have cash on their person, they’re carrying an average of $46,” according to a survey by Travis Credit Union.

How A Decline in Cash-Carrying Benefits Fintech

With COVID-19 flaring up again in some regions, contactless payments and the ARKF components with exposure to that theme stand to benefit again. At the industry level, contactless is viewed as a futuristic concept, but integral to the ARKF thesis, that future is now. Contactless payments could see their share of all payments rise 10% to 15% because of the coronavirus. Adding to the case for ARKF is that the idea of digital payments isn’t confined to younger, more tech-savvy generations.

“Perhaps unsurprisingly, millennials are least likely to have bills in their wallet at any given time: 40% said they carry it most or all of the time, compared to 45% of Generation X and 59% of baby boomers. But while boomers are most likely to carry cash, they’re also carrying the least, with just $42 in their wallets, on average,” notes Travis Credit Union.

Vital to the ARKF thesis is that while many folks carry cash, they actually prefer other forms of payment.

“Despite a majority of respondents having cash in their wallet at the time of survey (92%), most don’t like to use it. Just one in three said they prefer to use cash to pay for goods. Of those, more than half (54%) said they do so because of the privacy and security that cash offers. One in three said it’s simply because cash is most widely accepted, and 14% do so in order to stay within their budget rather than risk overspending,” notes the credit union.