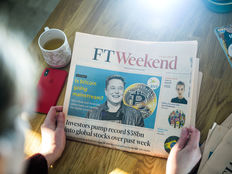 Tesla CEO Elon Musk and Twitter CEO Jack Dorsey are planning to discuss Bitcoin at an event in July, according to CNBC.

The event is called “The B Word” and is being hosted by the Crypto Council for Innovation (CCI), which, according to its website, is sponsored by ARK, Square, and Paradigm.

“The B Word” aims to encourage companies and institutional investors to adopt Bitcoin.

The two tech billionaires agreed to discuss Bitcoin at the event in a Twitter thread on June 24.

In the thread, Dorsey posted a link and promotion of “The B Word” event, to which Musk responded “Bicurious?”

Dorsey then invited Musk to have a conversation at the event saying, “You can share all your curiosities…”.

Musk replied by saying, “For the Bitcurious? Very well then, let’s do it.” Dorsey responded by saying: “Done! Will set up.”

Elon Musk’s comments on Bitcoin have created something of a rollercoaster for investors this year.

In February, Musk announced that Tesla bought $1.5 billion worth of Bitcoin and would start accepting Bitcoin payments for cars, leading to a massive surge in the price of Bitcoin. This was just after the cryptocurrency’s value jumped over 20% after Musk put #bitcoin in his Twitter bio just a few weeks prior.

A few months later, Musk tweeted that Tesla would no longer accept Bitcoin for car purchases because of the environmental toll of crypto-mining. The announcement caused Bitcoin’s value to fall more then 10%.

Musk then said earlier this month that Tesla would begin accepting Bitcoin once at least half of Bitcoin mining was powered by clean energy.

Musk’s influence on the crypto markets via Twitter aren’t just Bitcoin-specific. In May, Musk caused dogecoin prices to briefly rise 30% after tweeting about working with developers to improve the coin’s transaction efficacy.

Jack Dorsey is a longtime Bitcoin fan. Square, which Dorsey is also the CEO and Founder of, bought $170 million in Bitcoin in February.