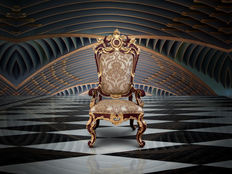 After hitting another all-time high on Tuesday, ARKK is up more than 25% year-to-date while the S&P 500 is still in the red on the year.

“Our outperformance started before the market bottomed. And that usually is the case because our stocks tend to be ‘the new leadership.’ Old-timers in investing always look for the new leadership coming out a recession or a crisis,” said ARK Investor founder and CEO Cathie Wood in an interview with CNBC.

Often known for having one of the largest weights to Tesla (TSLA) among all ETFs, ARKK isn’t heavily dependent on that one stock to drive its returns.

Among the ETF’s top 10 holdings are fintech and streaming entertainment names as well as several companies involved in disruptive healthcare themes. At the sector level, beyond the obvious of technology, healthcare is fertile ground for automation and ARKK reflects as much, allocating 36% of its weight to that group, making it the fund’s largest sector exposure. Technology is second at 36.1% followed by communication services at 12.8%.

“What many of our companies are saying is that three years of growth that they expected will be compressed into one year. The reason for that is these innovation platforms help consumers and businesses do things cheaper, inexpensively, faster, most productively, they’re more creative, they allow more flexibility, and so they’re an answer to problems that everyone has right now,” said Wood in the CNBC interview.