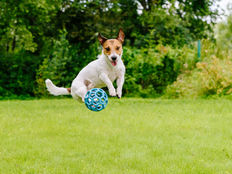 This Thematic ETF Will Bounce Back in 2020

There was a time when 3D printing stocks were all the rage. That intensity has cooled off and with some investors glossing over this market segment, the time could be right to consider assets such as the 3D Printing ETF (PRNT ).

PRNT debuted nearly three years ago as the first US-listed ETF dedicated to the 3D printing theme. The fund is one of two passively managed products from New York-based Ark Investment Management. ARK believes 3D printing will revolutionize manufacturing by collapsing the time between design and production, reducing costs, and enabling greater design complexity, accuracy and customization than traditional manufacturing.

PRNT gained 13% last year and there are reasons to believe the thematic fund from ARK Investment Management can perform even better in 2020.

“Greater adoption of 3D printing technology will likely usher in major changes over time for certain industries, with implications for companies’ profitability and market shares,” said Moody’s Investors Service in a recent note. “These developments will likely take many years to come about, however. While corporate investments in commercial and industrial 3D printing are increasing rapidly across many sectors, the technology remains a small part of global manufacturing for now.”

Healthcare, including dental, is one of many markets that could prove to be a potent catalyst for PRNT in the year ahead. Retail is another arena ripe for 3D printing disruption.

“A precise form of additive manufacturing, 3D printing can create a product from almost any material at mass scale, generating large quantities while individually tailoring each product to consumers,” according to Singularity Hub.

A slew of other industries bode well for the long-term PRNT thesis, too.

“In select industries, the technology will help boost companies’ profitability and market shares,” according to Moody’s. “Consumer goods manufacturers such as eyewear and footwear are among the industries with the strongest near-term growth prospects for the adoption of 3D printing. Other industries that will benefit include aerospace, medical devices, automotive and capital equipment, to varying degrees.”