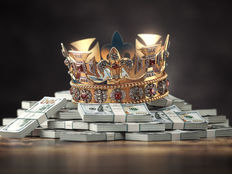 What's Next for the Largest Active ETF in the World?

The ARK Innovation ETF (ARKK ) continues wracking up superlatives, something that would seem difficult to do with the exchange traded fund higher by a staggering 150.15% year-to-date.

After wresting the title of largest equity-based actively managed ETF earlier this year, ARKK is officially now the largest active ETF of any stripe.

As has been widely documented (NASDAQ: TSLA) is ARKK’s top holding and the position is providing an obvious tailwind for the ETF this year. Shares of the electric vehicle maker will soon join the S&P 500.

“ARKK’s rally ranks it as one of the top 10 performing U.S. ETFs this year in a universe of over 2,400 funds. It’s attracted roughly $7.6 billion worth of inflows so far in 2020, the bulk of which came in the second-half of this year as the tech sector took off,” according to Bloomberg.

“Actively-managed ETFs in general have grown in popularity this year, adding $42 billion in 2020 compared to only $26 billion the year prior. Still, they make up less than 3% of total ETF assets in the U.S.,” according to Bloomberg.