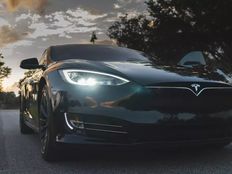 Elon Musk’s electric vehicle company Tesla Inc. (NASDAQ:TSLA) has been kicked off the S&P 500 ESG Index as part of the index’s annual rebalancing, and ARK Investment Management CIO, CEO, and Musk booster Cathie Wood is none too pleased.

Maggie Dorn, senior director and head of ESG Indices, North America, at S&P Dow Jones Indices, explained in a blog post that Musk’s EV manufacturer was dropped from the index because of “a decline in criteria level scores related to Tesla’s (lack of) low carbon strategy and codes of business conduct,” as well as having “identified two separate events centered around claims of racial discrimination and poor working conditions at Tesla’s Fremont factory,” and “its handling of the NHTSA investigation after multiple deaths and injuries were linked to its autopilot vehicles.”

“While Tesla may be playing its part in taking fuel-powered cars off the road, it has fallen behind its peers when examined through a wider ESG lens,” Dorn added.

Reacting to the news, Wood, chief stock picker for the ARK Innovation ETF (NYSEArca: ARKK) (in which Tesla is currently the top holding), concisely expressed her dismay over the S&P’s decision on social media, tweeting: “Ridiculous. Not worthy of any other response.”

Ridiculous. Not worthy of any other response. https://t.co/zwISYknbKB

Musk, who agreed with Wood, also let his disapproval over the decision be known, calling it a “clear case of wacktivism.”

Wood has been a longtime champion of Musk and Tesla, a firm she considers an ideal fit for ARKK. In an interview at Exchange: An ETF Experience Bob Pisani, senior markets correspondent for CNBC, Wood said that while she doesn’t agree with all of Musk’s “antics,” she’s focused on Tesla, its technology, and Musk’s vision.

ARKK’s value has dropped 72% from its peak in February 2021. But despite this, Wood’s conviction in the strategy has only increased. “Our expectation has tripled over the last year for where AI-related market cap will be in 2030,” Wood told Pisani at Exchange, before adding: “Our estimates actually have gone up, and the prices have gone down. At the same time, in the private markets, we’re seeing innovation treated very differently.”