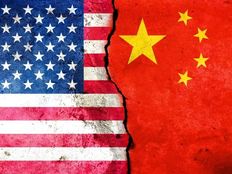 Chinese President Xi Jinping has told officials to ensure that the country’s economic growth outpaces that of the U.S. this year, despite the negative economic impacts of China’s zero-tolerance approach to COVID-19.

In response to Xi’s call to accelerate growth, Chinese government agencies are discussing plans to ramp up big construction projects, especially in the manufacturing, technology, energy, and food sectors, as well as to issue coupons to individuals to spur consumer spending, the Wall Street Journal reports.

The U.S. economy outpaced China’s economy in the fourth quarter of 2021, growing 5.5% year-on-year compared with China’s 4.0%. It was the first time in 20 years that the U.S. economy grew faster than the Chinese economy, according to the Wall Street Journal.

ADIV has earned the Morningstar Quantitative Rating of Gold due to strengths including its sizable cost advantage over competitors, the management team’s considerable industry experience, and high-quality exposure.

This strategy tends to hold smaller, more value-oriented companies compared with its average peers in the Pacific/Asia ex-Japan Stock Morningstar Category, according to Morningstar.

Asia is home to one-third of the world’s population, and close to one billion of its residents have been lifted out of poverty in the past decade due to globalization and mass industrialization. According to the McKinsey Global Institute, China is expected to have 221 cities with more than one million inhabitants by 2025. That same year, the urban economy is expected to generate over 90% of China’s GDP.