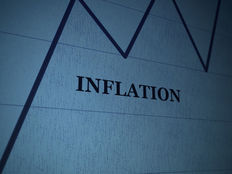 Rely on DIVS for Inflation-Fighting Potency

Economic data points can be massaged and spun a variety of ways, but the stark reality is that the U.S. economy and consumers continue grappling with uncomfortably high inflation.

Stubbornly high readings of the Consumer Price Index (CPI) are prompting investors to evaluate a variety of asset classes with inflation-fighting reputations. However, market participants can combine inflation buffers with equity income thanks to exchange traded funds such as the SmartETFs Dividend Builder ETF (DIVS C+).

In fact, DIVS could prove to be one of the ideal avenues for investors looking to remain engaged with equities while generating income as inflation remains high. Long-term data suggest that DIVS is a credible inflation fighting idea.

“With inflation being a major issue in the current economy, consumers are increasingly looking for ways to combat their loss of purchasing power,” according to S&P Dow Jones Indices. “One way to achieve this is to have sources of income that keep pace with, or even exceed, the inflation rate. Over the past four decades, dividends have played an increasing role as a source of income, growing from just 2.88% of all income in December 1981 to 6.25% of all income in March 2022.”

Said another way, dividend growth has an enviable, verifiable track record of beating inflation. While DIVS isn’t explicitly dedicated to payout growth as are some of its passive rivals, the actively managed ETF does emphasize quality. As a result of that quality focus, DIVS is home to a variety of stocks with impressive track records of dependable payout growth. That bolsters the ETF’s viability as an inflation-fighting portfolio addition.

“During inflationary periods, history has shown the importance of focusing on companies that have consistently increased dividends. A company’s ability to consistently increase dividends may signal a quality company that is able to continually generate increasing cash flows as well as high returns on capital,” added S&P Dow Jones.

Adding to the allure of DIVS as a near-term idea for long-term investors is a slew of a recent data points confirming that dividends are growing and that growth is happening not just in the U.S. but in a variety of large developed markets, too. That’s relevant to DIVS because it’s a global ETF.