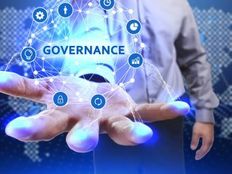 Environmental, social, and governance (ESG) investing long ago conquered environmental issues, leading to the creation of an array of dedicated climate and decarbonization exchange traded funds. More recently, social investing gained momentum. Now, some market observers argue it’s time for governance to take its time in the limelight, and that could have implications for a variety of ETFs, including the IQ Engender Equality ETF (EQUL B-).

EQUL, which follows the Equileap U.S. Gender Equality Index, is a relevant play on governance investing receiving more attention because, at the corporate level, gender issues are governance issues.

“However, impetus for these successful G proposals has had nothing to do with the environment or stakeholders like workers, or issues like gender or racial diversity. Rather, they promoted stockholder primacy by making companies more open to the market for corporate control, by forcing changes in policy at the instance of a momentary stockholder majority, and by aligning company management’s pay to only one constituency — stockholders — by tying it tightly to total stock return,” reported the Harvard Business Review.

Speaking of equity returns, companies in EQUL score favorably in terms of equal compensation and elevating women to leadership roles. Companies with track records of commitment to those actions often outperform competitors that aren’t as gender-focused.

Another point in EQUL’s favor is that compared to other governance elements, gender investing is easy to quantify and apply in fund form, as highlighted by EQUL. Conversely, other parts of the governance equation, though relevant, are fluid and hard to package in ETF form.

“Especially at the large cap sector of the market that affects most investors, these G moves made corporations more open to changes in direction that could upend long-term strategic plans, because companies  had no ability to avoid an annual referendum at which the company’s policies could be altered by a momentary majority,” according to the Harvard Business Review.

EQUL holds 73 stocks from 10 of the 11 GICS sectors, with energy being the outlier. Sectors that are homes to firms displaying commitments to equal compensation and promoting women to high-level roles run the gamut of both growth and value sectors, as highlighted by the fact that technology, financial services, and healthcare stocks combine for over 46% of the EQUL roster.