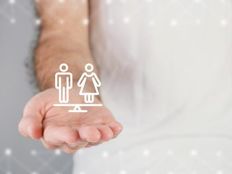 Gender lens investing is commanding more attention among asset allocators and retail investors. The good news is that this style is supported by compelling data. More good news: Some exchange traded funds make it easier and more efficient for investors to put gender lens investing to work in their portfolios. One member of that group is the IQ Engender Equality ETF (EQUL B-).

EQUL, which turned a year old last month, could prove to be an example of an ETF at the right place at the right time because gender lens investing is an increasing priority for money managers and one that’s backed by a slew of impressive data points.

“Regardless of an investor’s political affiliation, the overturning of Roe V. Wade has the potential to have larger economic implications and has triggered gender equality discussions across the country; According to Morgan Stanley, a more diverse workforce, represented by women across all levels of the organization, has been correlated with higher average returns,” noted New York Life Investments in a report out earlier this year

Nuclear power names are also excluded, as are companies exceeding more than 10% revenue exposure to the alcohol, adult entertainment, gambling, and military weapons industries. There’s sound reasoning behind the EQUL methodology. Namely, companies with above-average female representation in leadership roles often score favorably on the basis of ESG, and that has a profound positive impact on long-term returns.

“According to S&P Global, firms with female CEOs and CFOs have produced superior stock price performance, compared to the market average. In the 24 months post-appointment, female CEOs saw a 20% increase in stock price momentum and female CFOs saw a 6% increase in profitability and 8% larger stock returns,” added New York Life.

There are some portfolio-level constraints when it comes to gender equality investing. For example, the universe of companies that credibly fit the parameters of an ETF such as EQUL isn’t yet large. As such, the fund’s roster is comprised of just 73 stocks, but single-stock risk is negligible in the fund, as no holding exceeds an allocation of 1.8%.