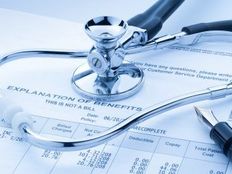 With compelling long-term opportunities available across multiple industry groups, healthcare has the makings of a 2023 redemption, potentially boding well for exchange traded funds such as the IQ Healthy Hearts ETF (HART ).

While the sector disappointed in 2022, HART could prove to be a credible 2023 rebound idea as growth and innovation return to the healthcare sector, perhaps prompting investors to revisit biopharma and other research and development-intensive companies.

Among the factors healthcare investors should assess are companies’ patent portfolios and product pipelines — the latter of which can signal avenues for offsetting patent cliffs while offering new revenue and profit potential. Fortunately, some HART components score well in those categories.

“Patents are temporary government licenses that exclude competition from copying an invention. For example, in pharmaceutical companies, patents are necessary owing to the ease with which some drugs can be replicated. Similarly, patents are vital in the medical devices industry to protect companies’ product designs,” notes Morningstar analyst Benjamin Slupecki.

Another source of allure with HART is that the ETF is home to several names appearing on Morningstar’s list of the 20 best healthcare stocks to own. That group includes venerable fare such as Novartis (NYSE:NVS), AstraZeneca (NASDAQ:AZN), Novo Nordisk (NVO), Pfizer (NYSE:PFE), Eli Lilly (NYSE:LLY) and Dow component Johnson & Johnson (NYSE:JNJ).

“Novo Nordisk NVO, for its part, is the lone representative for the biotechnology industry,” adds Slupecki. “Novo Nordisk is the leading provider of diabetes-care products in the world, holding 50% of world market share. The company has two moat sources: intangible assets and cost advantage.”

That stock is HART’s largest holding at a weight of 5.6%. Wide moat Johnson & Johnson, which accounts for 5% of the HART roster, is another one of the components that could drive upside for the fund in 2023.

That healthcare giant is “supported by intellectual property in the drug group … and strong brand power from the consumer group. Despite carrying some lower-margin divisions, J&J maintains strong pricing power and has posted gross margins above 70% during the past four years, validating its strong competitive position,” according to Morningstar analyst Damien Conover.

As for Pfizer, which is HART’s second-largest holding at a weight of 5.3%, that company is about much more than the coronavirus vaccine. Pfizer has a deep portfolio of drugs with far-off patent cliffs, which as Morningstar notes, gives the firm time to develop new products before generic competition becomes an issue.