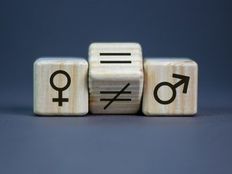 Among the variety of themes and trends emerging from the world of environmental, social, and governance (ESG) investing this year is the expansion of more nuanced themes, including climate awareness and sustainability.

Another part of that group is gender lens or gender-based investing, which is accessible via a handful of exchange traded funds including the IQ Engender Equality ETF (EQUL B-). EQUL follows the Solactive Equileap US Select Gender Equality Index and one of the reasons the fund gained more acclaim in 2022 is sure to be of note to investors: more data points, research, and studies confirm that public companies with more women in upper management roles and on the board of directors often deliver superior returns relative to their less gender-diverse counterparts.

As Vettafi’s Karrie Gordon reported earlier this year, the proof is in the proverbial pudding when it comes to companies placing more women on boards of directors also generating upside for investors. A Moody’s Investors Service report earlier in 2022 indicated that 29% of the board seats in North America and Europe are now occupied by women — up 5% in two years.

Of relevance to investors considering EQUL because the fund is focused on US equities, women command 27% of board seats at US-based firms, up from 22% in 2020.

For its part, EQUL isn’t solely focused on the gender composition of boards of directors. Rather, the ETF focuses on compensation and other equality issues throughout an organization. Although it holds just 73 stocks, EQUL casts a wide net and as such, its sector and industry diversification is notable.

Technology, financial services, and healthcare stocks combine for over 46% of the fund’s roster. Energy is the only one of the 11 global industry classification standard (GICS) sectors not represented in EQUL. Single-stock risk is also benign in the fund because none of its components exceed a weight of 1.8%.

Another point in EQUL’s favor is that it doesn’t place profits above people. Rather, investors are afforded upside opportunity while benefiting the world at large.

“The fund is also an impact fund. It was created in alignment with Girls Who Code, a nonprofit organization that seeks to increase the representation of women in computer science by offering clubs and programs for any and all girls, half of which constitute historically underrepresented groups. IndexIQ donates a portion of its management fee to Girls who Code,” reported Gordon.