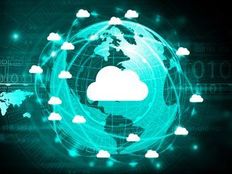 Large- and mega-cap growth equities wilted last year against the backdrop of seven interest rate hikes by the Federal Reserve — actions that created downside for a variety of environmental, social, and governance (ESG) exchange traded funds.

Amid expectations that inflation will ease over the course of 2023, potentially paving the way for reduced Fed aggressiveness, some market observers believe growth equities could rebound. If accurate, that would be good news for ETFs such as the IQ Candriam ESG US Large Cap Equity ETF (IQSU B)+.

Whether or not that scenario materializes remains to be seen, but one point is clear: Quality is still a meaningful trait. That adds to the relevancy of IQSU as a growth rebound idea because although the fund is growth-heavy, it’s also loaded with quality names.

“Quality comes in many flavors, but core ingredients include sturdy balance sheets, positive cash flows from operations, and a healthy outlook for revenue. Investors are sharply penalizing stocks for even the slightest miss to revenue or profit forecasts. But high multiples shouldn’t be a deal breaker; some companies can justify high valuations with similarly strong earnings rates, measured by price/earnings-to-growth, or PEG, ratio,” reported Jacob Sonenshine for Barron’s.

IQSU holdings such as Apple (NASDAQ:AAPL), Microsoft, (NASDAQ:MSFT) and Google parent Alphabet (NASDAQ:GOOG), among others, certainly fit the bill as quality fare — a meaningful trait at a time when markets are prioritizing profitability while displaying for junk stocks.

“Companies without those attributes are in a bind; if they’re unprofitable and can’t fund their operations or growth organically, they may need to tap the capital markets for financing. That has become costlier amid steeper rates and tighter financial conditions. Investors are demanding higher returns on debt and equity. That will remain a risk to companies having trouble moving toward profitability,” according to Barron’s.

The allure of IQSU extends beyond the point that many of its holdings are profitable to the facts that a substantial portion of the ETF’s roster generate ample amounts of free cash, and a fair percentage are either buying back their own shares or paying and growing dividends or both. Those are attractive traits, particularly at a time when it the outlook for the growth factor is murky.

Specific to Microsoft, which is IQSU’s second-largest holding, the company’s Azure cloud unit could support a rebound in the shares this year.

“That should help fuel sales gains of 10% in 2023 and 14% in 2024, according to consensus estimates. With 15% compounded earnings growth expected in the next three years, the stock’s PEG is just 1.4 times,” noted Barron’s.