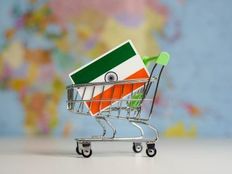 India’s e-commerce market is on track for meteoric growth over the next few years, thanks to a growing population and an increase in internet and smartphone use. According to the India Brand Equity Foundation, the market is on track to grow to $188 billion by 2025, more than triple the $46.2 billion the market was valued at as of 2020. By 2030, it is expected to reach $350 billion.

Since 2015, India has been working to accelerate the country’s economic growth through the government’s “Digital India” campaign by pushing government and banking services online and by investing in technology. The number of internet connections in India has increased significantly to 830 million in 2021, driven by the country’s “Digital India” program. Of the total internet connections, roughly 55% of them were in urban areas, of which 97% of connections were wireless.

India is projected to become the most populated nation in the world in 2023 as China’s population growth is expected to decrease sharply, according to the United Nation’s World Population Prospects 2022 report. Bloomberg reporting that this is four years ahead of an earlier estimate India to surpass China by 2027.

“India is a significant part of our strategies,” said Kevin T. Carter, founder and CIO of EMQQ Global. “That is expected to grow in our upcoming rebalance and for the foreseeable future.”

Carter added that India is also “one of the most exciting pockets in the global equity landscape when you consider the size of the market, the growth in the economy, and the very low penetrations rates. Its tech ecosystem today is where China was 10 years ago, and where the U.S. was two decades before.”