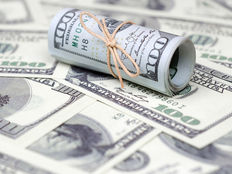 Emerging markets may benefit from a possible peak in the U.S. dollar. In a note to clients, Goldman Sachs’ head of emerging markets equity strategy Caesar Maasry and macro research analyst Jolene Zhong wrote that a nearly 3% drop in a key gauge of the dollar since a high point in mid-May suggests a rebound in developing markets.

A report from Bloomberg noted that money managers including Fidelity Investments and T. Rowe Price Group are also seeing potential buying opportunities, given the strong valuations.

In addition, Goldman strategist Zach Pandl said he sees the yen outperforming as U.S. recession risks rise. “It works as a safe haven when U.S. demand is slowing, the U.S. economy is going into recession or growth is coming down,” said Pandl in an interview with Bloomberg Television. “We really think that the Japanese yen is the safest currency to be in in this highly uncertain, volatile both macro and market environment.”

By focusing on the internet and e-commerce in emerging markets, EMQQ looks to capture the growth and innovation happening in some of the largest and fastest-growing populations in the world. More than half of its assets are weighted toward China.