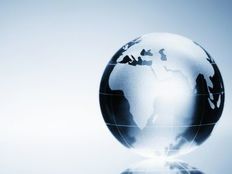 While the Federal Reserve continues to raise interest rates at an aggressive pace, the U.S. dollar rises, and the global economy faces a possible recession, emerging markets are showing a surprising resilience. After facing financial trouble for decades, fast-growing middle-income countries like Brazil, India, and Indonesia have been weathering the storm (or, in the current environment, storms).

Despite China’s economic slowdown and Russia’s ostracization from global markets, the International Monetary Fund estimates that emerging market economies will significantly outgrow developed markets next year. In fact, there’s already evidence of this. In September, India overtook the U.K. as the world’s fifth-largest economy. And while the euro, pound, and yen are falling against the dollar, the Indian rupee and Indonesian rupiah have managed a more graceful decline, and the currencies of Brazil and Mexico have risen.

“The resilience of the emerging world is in part a story of maturation. Since the crises of the 1980s and 1990s, local financial markets have grown deeper and banks better managed. Policymaking has improved,” according to The Economist. “Officials have learned the hazards of careless budgeting and large current-account deficits. Central banks are more independent, and have adopted the inflation-targeting approaches used in the rich world.”