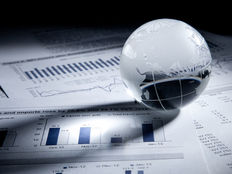 Amid stiff sanctions by the West, Russian financial markets are being pushed to the brink. The market situation is so bad there that FTSE Russell and MSCI — the index providers for some of the largest emerging markets exchange traded funds — stripped Russia of its emerging markets status.

That means that when equity markets there reopen, a wave of selling is likely to be unleashed as funds and managers benchmarking to FTSE and MSCI indexes dump Russian stocks. MSCI announced on Wednesday that on March 9 Russia is being reclassified to “standalone” market status. Next Monday, Russian stocks will be removed from all FTSE indexes.

Owing to those ETFs’ focus on growth, fintech, and consumer internet equities, and Russia’s status as an economy with a scant footprint in those industries, neither EMQQ nor FMQQ were heavily allocated to Russian stocks prior to the invasion of Ukraine.

As of March, EMQQ’s Russia weight was just 0.41%, well below the 1.52% found in the MSCI Emerging Markets Index. FMQQ was slightly higher at 1.97%. Fortunately for investors in both ETFs, neither hold stocks that have primary listings in Moscow — an important and perhaps favorable trait in this environment.

EMQQ’s largest country exposure is China at roughly half the fund’s weight while FMQQ’s top geographic exposure is South Korea at 27%.