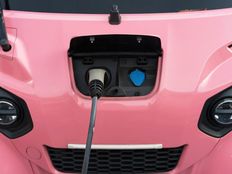 Electric vehicles (EV) are a lucrative investment theme, with emerging markets serving a critical function as both the end destination for the cars as well as the location for many companies involved in their manufacture.

There are currently many companies involved in the production of EVs and many have viable offerings and ambitious roadmaps. However, while EVs are a rapidly growing consumer discretionary market, it’s a fiercely competitive industry with tight margins and evolving products, said John Paul Lech, portfolio manager for Matthews Asia, wrote in a September insight.

Instead of holding investments directly in EV producers, the Matthews Emerging Markets Equity Active ETF (MEM ) holds substantial positions in companies that the firm believes will benefit from mass EV adoption and have the potential to generate better risk-adjusted returns, including leaders in the production of base metals.

Many leaders in the production of base metals are spread through emerging markets, including Africa, Latin America, and Southeast Asia, according to Lech, adding that MEM also has an investment in a company that provides charging infrastructures.

“Finally, most of us will be familiar with the ongoing semiconductor supply chain constraints in the auto industry,” Lech said. “Semiconductor content in autos can increase even if total vehicle unit growth is low because content per vehicle continues to rise.”

Lech said density has surged not only because of vehicle electrification, but also due to developments in advanced driver assistance systems (ADAS), infotainment, and safety features.

MEM has several investments in both the semiconductor production equipment (SPE) and the fabrication space. The competitive topography of these sub-industries is much more concentrated than in vehicle manufacturing and the firm believes that the ability to generate both strong margins as well as returns on capital invested is likely superior to that of the auto space, according to Lech.