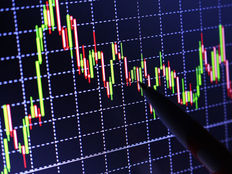 According to the earnings statement from MercadoLibre released on Tuesday, sales growth for the Buenos Aires-based e-commerce giant exceeded expectations, beating the topline of over $100 million. Active users on the platform grew 11% to 82 million, while revenue grew 74% year-over-year on a FX neutral basis, with a slight acceleration over last quarter. Revenue for the entirety of 2021 came in at over $7 billion, up from $3.9 billion the year before.

While MercadoLibre’s earnings missed estimates this quarter due to FX adjustments, the company managed to end the full year in profitable territory again, generating roughly $83 million in earnings for 2021.

“Refreshing to see Mercadolibre [sic] deliver another quarter of resilient results,” writes EMQQ founder and CIO Kevin T. Carter. “The company has always been a top holding since it’s the inception of EMQQ over 7 years ago and remains a top 10 allocation to both EMQQ and FMQQ today. Over that time span, the company has evolved enormously, and that DNA seems to still be a part of the present culture as it goes from a pure e-commerce offering to a fintech supermarket for consumers in Brazil.”

MercadoLibre’s stock has taken a hit this year, down 34% as investors have thrown out the baby with the bath water in the sell-off in tech. As a result, valuations have dropped to multi-year lows while the company’s growth prospects remain strong and continue to accelerate.

Meanwhile, São Paulo-based fintech bank Nubank reported that customer accounts grew 62% to 53.9 million people, which helped fuel a 224% surge in sales on a FX neutral basis. The company generated a positive adjusted net income of $3.2 million, versus a consensus of a loss of $30 million. Deposits grew by 86% to $9.7 billion.

“Strong set of maiden results from the world’s largest digital bank following its Buffet-backed IPO at the end of last year,” Carter writes in response to Nubank’s earnings results. “Nubank’s NPLs (non-performing loans) continue to far outperform the industry. That’s exactly what analysts want to see. An ability to take market share from digitally shy incumbents but to do so profitably and with the right risk management protocols in place.”

Carter notes that Latin America “remains both one of the most unbanked and cash-heavy societies in the world today,” and that “Nubank has a huge first mover advantage in addressing that untapped market.”

MercadoLibre is one of oldest members of the EMQQ Index and one of the key stocks that originally inspired Carter to launch a tech-focused emerging markets ETF for investors. Nubank, meanwhile, is one of the newest additions to the EMQQ suite of products after launching an IPO in December 2021.