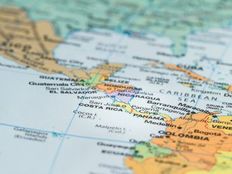 Nubank is seeing meteoric growth and is continuing to expand. The São Paulo-based digital bank has garnered 70 million customers in Latin America, making it the fifth-largest financial institution in Brazil in terms of number of customers. This includes 66.4 million users in the Brazilian operation, 3.2 million in Mexico, and more than 400,000 in Colombia.

In Brazil, Nubank continues to grow on other business fronts, such as investments, where it already has more than 6 million active customers, with emphasis on its fund management arm, Nu Asset Management.

“Our accelerated growth is driven by an ongoing search for efficiency, which balances expansion, new products, and increased revenue per customer,” said Nubank founder and CEO David Vélez in an announcement from the company.

The company is looking to expand beyond its core credit card and digital account business, with the aim of offering a complete suite of financial services for its growing customer base. In addition to the recent launch of Nubank Cripto and Caixinhas, Nubank started testing Nunos, a free customer rewards program, and joined Open Finance to give its customers more autonomy. Currently, Nubank offers more than 30 financial products to its customers.

Vélez told the Financial Times earlier this year that he is anticipating a series of mergers and acquisitions in Latin America’s fintech ecosystem in the coming months, which may lead to attractive buying opportunities for Nubank.

Nubank is the 10th-largest holding in EMQQ Global’s Next Frontier Internet & Ecommerce ETF (FMQQ B), which is designed to provide exposure to the internet and e-commerce sectors within the developing world.

By focusing on the internet and e-commerce in emerging markets, FMQQ seeks to provide investment results that, before fees and expenses, generally correspond to the price and yield performance of the Next Frontier Internet and Ecommerce Index (FMQQetf.com).

FMQQ has no China-based holdings. Securities must meet a minimum of a $300 million market cap and pass a liquidity screen that requires a $1 million average daily turnover.

When the fund was launched in September, Kevin T. Carter, founder and CIO of EMQQ Global, said that the goal of FMQQ was to “be an attractive alternative for investors who want to capture the budding opportunities in these ‘next frontier’ markets and/or complement their Chinese tech allocations and balance out their current portfolio weightings.”