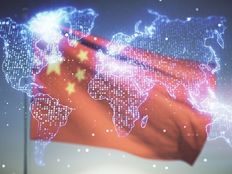 While China is dealing with “a lot of uncertainty and a lot of problems,” one investor thinks those problems are temporary and is bullish on the country’s long-term prospects.

“The longer-term picture in China is still bright,” said Ray Dalio, founder, co-chairman, and co-chief investment officer of Bridgewater Associates. “Because I know the people, and I know the culture. And I think it’s good.”

Speaking at the Greenwich Economic Forum on Bloomberg TV, Dalio explained that although the country has “major issues now,” including a debt crisis and COVID, he believes these headwinds “could be temporary.”

This week, officials from China’s ruling Communist Party are meeting in Beijing to choose their next leadership. In contemplating China’s new leadership, Dalio said that will determine a lot of things going forward. “The real question is, where is that beacon?” He asked rhetorically. “Is that beacon continuing to do the things that raise productivity and inventiveness?”

Ultimately, Dalio believes that the country is in good hands. “From my getting to know the leaders… They are reasonable people,” he said.

Though currently facing a slowdown, China still offers an appealing alternative to investing in other countries. While global markets have been hit by the central banks aggressively raising interest rates to fight record-high inflation, the People’s Bank of China has gone in the opposite direction. Speaking with CNBC, abrdn’s investment director of multi-asset Louis Luo explained that a key difference between China and developed markets is that it can make its monetary policy independent of the United States.

For investors who believe in the long-term prospects of China, EMQQ Global’s flagship exchange-traded fund, the Emerging Markets Internet & Ecommerce ETF (EMQQ C+), may be worth considering. By focusing on the internet and e-commerce in emerging markets, EMQQ looks to capture the growth and innovation happening in some of the largest and fastest-growing populations in the world. More than half of the fund’s holdings (51.6% as of October 14) are weighted to China-based securities.

“Sentiment around China has been negative for so long that severe pessimism has set in. But the reality is that we are starting to see real green shoots and catalysts emerge,” said Kevin T. Carter, founder and CIO of EMQQ Global. “There are signs that the crackdown in the tech space is decelerating. Valuations are very low, and expectations are even lower. Companies in the space are buying back their own stocks at record levels.”