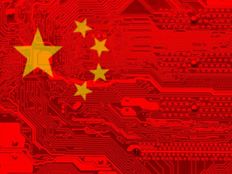 Tencent (OTC:TCEHY) is China’s largest internet company, and that status cuts both ways.

On the downside, Tencent was, predictably, one of the large-cap companies most adversely affected by the Chinese Communist Party’s (CCP) crackdown on internet and online retail firms, among others. On a more positive note, Tencent is a sprawling enterprise.

The company has its hands in chat services, e-commerce, gaming, and streaming entertainment, among other pursuits, making it a practical and important holding in exchange traded funds such as the Emerging Markets Internet & Ecommerce ETF (EMQQ B-). In fact, Tencent is the third-largest member of the EMQQ portfolio at a weight of almost 9%, as of May 24, according to EMQQ Global data.

Tencent’s stature in EMQQ is relevant for another reason: The company is making moves to reduce its debt. That’s a sought-after trait in the current market environment.

“Tencent’s net debt will continue falling gradually, despite sluggish 1Q22 results, as M&A spending will drop because the China-based company has been more active in divestments,” noted Fitch Ratings.

The research firm added that Tencent could use some of the proceeds from asset sales to return capital to shareholders, though it doesn’t specify if that will be in the form of a dividend or share buyback program. Like many internet and growth ETFs, EMQQ sports a low dividend yield — just 0.18% — indicating that when member firms return capital to investors, it’s usually in the form of buybacks, not cash payouts. Tencent has other avenues of allure for its shareholders and EMQQ investors.

“We continue to expect Tencent’s financial metrics to improve to just below our negative rating sensitivities in the next 18-24 months with funds from operations (FFO) leverage of below 1.7x and restoration of a net cash position by end-2024. That said, we believe Tencent’s longer-term growth and cash generation prospects remain bright, as we think its services are under-monetized,” added Fitch.

Additionally, a recovery in gaming-related spending by Chinese consumers could take some time to come to fruition, requiring patience on the part of EMQQ investors because Tencent and some of the fund’s other holdings are levered to that theme. Good news: The company has other avenues for growth.

“We expect Tencent to continue to invest in strategic growth areas, including enterprise software, video accounts, and international games, though more selectively than before,” concluded Fitch.