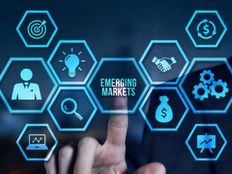 Over the last half a dozen years investing into mutual funds and ETFs in the US that screen companies based on various ESG/sustainability criteria has soared. Over $350 billion dollars just in ETFs according to Bloomberg. Investors concerned about carbon emissions and sustainability often take a close look at Emerging Countries which is where 88% of the growth in emissions and pollution has been generated over the last 30 years according to data from the European Commission.

However, there is one big problem with ESG investing in Emerging Market companies. The problem is that many or most funds use 3rd party ESG company scoring to screen companies. And that scoring may not really be what investors think it is.

By way of comparison, consider if a passive or active fund manager was investing in fixed income in Emerging Markets. There are thousands of companies issuing debt. There are a number of credit rating agencies that rate those bonds. The two most prominent are Standard & Poor and Moody’s. They have been rating bonds overseas for decades and they both have clear, well-developed methodologies. In addition, they primarily rely on standardized financial data. As a result, a bond with a good (or bad) credit rating from S&P almost certainly would receive a similar good (or bad) rating from Moody’s

The chart below compares how 796 Emerging Market bonds were rated by both S&P and Moody’s. Each dot can represent multiple bonds. The line in the middle of the dots shows where the ratings from both firms were the same. For example, where S&P had the bond rated “A” and Moody’s had it rated their equivalent of “A” which is “A2”. 59% of the bonds shared the same equivalent rating from the two firms. Another 32%, the dots close to the line, were bonds where the ratings were one step away. If Moody’s had it as an “A2”, S&P had it as an “A-“. Only 8% of all the bonds had ratings two or more levels from each other and almost all of those were in fact exactly two levels apart. The correlation between the two sets of ratings is .97, a very close fit.

The result is if you buy an Emerging Market fixed income fund and you look up the credit ratings of the holdings, you will certainly care if the average rating for the fund is AA+ versus BB. You may not care which rating agency the fund manager primarily relies on.

You might expect the same would be true with ESG ratings. Several things are very similar. There are a number of firms that provide ratings. There are a few dominant providers. Finally, ESG funds tend to place a great reliance on these ratings. But here is where the similarity ends.

The chart below shows 1,495 Emerging Market companies with ratings from two of the biggest rating firms. For both firms their scoring has been converted to a common 10-point scale where 10 means a company got the best ESG scoring from a firm and 0 the worst. The correlation of these two sets of ratings is .45, meaning the results are only moderately similar. Many companies do not share even a close rating from the two firms. It is almost as if the two ESG screeners were looking at two completely different companies.

This reality leaves ESG investors in a bit of a lurch. Which ranking should they rely on? For that matter should they rely on either? And what about the ESG fund they invest in? It claims its holdings meet some ESG screen but what do they actually know about that company other than potentially contradictory ratings from the major ESG screening services?

For some insight into why these results are as they are, and what can an investor interested in Emerging Markets and ESG screening do about it, I spoke to Kathlyn Collins. Kathlyn cut her teeth in ESG at an activist investment firm and is currently the head of Responsible Investment & Stewardship at Matthews Asia.

The first question of course is why do these major firms not seem to agree about the ESG rankings of the same companies? What actually are they measuring?

“The starting problem is that these ESG ratings firms are trying to use a world-wide approach, heavily focused on developed market norms, and mechanically impose those approaches on emerging markets. This means they tend to fail to account for local differences in regulations, reporting, data availability, and industry practice.”

Even if the two firms approach a topic in a similar fashion, they may still have problems. “A major problem for many of these ratings is that the rating firms often depend on industry level estimates when no company level data is being reported. These estimates may be pretty rough, vary wildly between the two rating firms, not be updated often enough, and may sweep up particular companies in ways that are completely inappropriate for a business’s actual scope of operations. If you look at companies classified in the semiconductor industry, but company A makes chips and Company B designs chips, any industry average estimates may be objectively wrong for a particular company.”

Since these two firms do not use the same approaches, you don’t get similar results. Is that the big problem?

“There are many reasons why these two rating firms may not assign similar grades to the same company. ESG information encompasses a lot of information and may be valued differently. The bigger issue is that to a large degree the ESG rating agencies don’t necessarily contextualize enough for country nuances and company specifics, especially in the Emerging Markets.”

When asked how do most EM ESG fund managers, either active or passive, make use of these rankings, she responded “I go to lots of ESG conferences. It appears to me that many passive mutual fund or ETF providers may not do any additional company level drilling down to confirm or to refute these 3rd party rankings. They assume that the ESG rating firm has it right and they move on from there.” The fact that rating firm A may give Company X a high rating, while rating firm B gives it a low rating, points out an obvious flaw in that approach.

When asked if that is the case with actively managed Emerging Market ESG funds, Ms. Collins said “There are absolutely active managers who in the Emerging Market space do company level ESG analysis of their own. They view the ratings as only a starting point to the analysis. However, I think the degree of extra scrutiny varies greatly with some active firms going much further into the details and data than others.”

Given these issues how does an investor in a fund that claims to screen for ESG in the Emerging Markets get a sense if extra due diligence is being conducted?

“First, does the active fund management firm seem highly engaged in the ESG research process? Do they publish ESG research? Speak at ESG conferences where they are not there to sell their fund products? Second, look at an active ESG fund’s top 10 holdings. Now compare it to the top 10 holdings of a similar passive indexed based ESG fund. If there is a high degree of overlap between the two, you might want to question just how much extra analysis they are really doing.”

Is there a potential investment advantage to doing your own ESG research? “Since not all EM companies are being rated yet even by the 3rd party firms, you may have a chance to discover very interesting companies, from both an ESG and investment standpoint, while many other investors are not yet focused on them.”

Future trends? “Given the problems with the 3rd party ratings agencies top-down, one-size-fits-all approach, there seems to be a potential opportunity to take the rating companies raw data and use it to build a proprietary system of your own. You can then add local and company level extra data. It may offer an investment firm a competitive advantage while but represents a big commitment. Especially in the EM where local level knowledge generally takes a lot of work to source.”

All of these does not suggest that investing in Emerging Market from an ESG standpoint is not an impossible task, but it is crucial to understand that the 3rd party ESG ratings are really just the beginning, not the end, of that process.