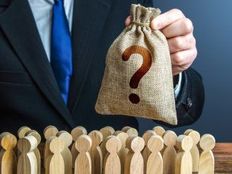 A key theme in 2022, energy infrastructure companies are expected to continue generating free cash flow in 2023, with excess cash used for buybacks and dividend increases, regardless of where oil and natural gas prices trade, Stacey Morris, head of energy research for VettaFi, wrote.

Midstream’s fee-based business model limits the impact of commodity prices on cash flows, leading the segment to be more defensive in challenged economic environments than other subsectors of energy.

Enterprise Products Partners LP (EPD) announced on Thursday a 3.2% sequential increase to its distribution. The cash distribution of $0.49 per unit will be paid in February. EPD also announced that it spent $120 million on common unit repurchases during the fourth quarter of 2022.

TC Energy (TRP) reaffirmed in November the sustainability of the company’s dividend growth rate of 3%–5%.

Kinder Morgan Inc. (KMI) announced in December an anticipated dividend of $1.13 per share annualized for 2023, representing an 1.8% increase.

Plains All American (PAA) also said in November that the company would grow its dividend in 2023, increasing the annualized rate from $0.87 to $1.07 per common unit and Class A share, representing a 23% increase from 2022.

Cheniere Energy (LNG) announced in November that the company is targeting an approximately 10% annual dividend growth rate through the construction of the CCL Stage 3 Project, with an expected substantial completion date between the second half of 2025 and the first half of 2027.