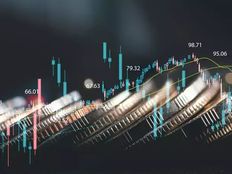 As Inflation Soars, Midstream Is Well-Positioned

The Bureau of Labor Statistics’ Consumer Price Index (CPI) rose 7.9% in February compared to one year prior, marking the fastest annual jump since 1982, taking out January’s previous 40-year record high rate of 7.5%.

On a month-over-month basis, consumer price increases also accelerated. The CPI rose 0.8% in February after increasing by 0.6% during the prior month.

A key contributor to the latest CPI report is the recent surge in energy prices. The energy index jumped 3.5% in February, and over a one-year period, the energy index was up 25.6%.

Oil and gas prices were on the rise even before Russia invaded Ukraine and escalated concerns over global energy disruptions, as demand for oil and other energy sources surpassed current global supplies.

The CPI data in March is expected to show the further impact from the Russia-Ukraine crisis and extended jump in energy prices. Since the invasion in late February, and subsequent economic sanctions aimed at Russia, gas prices have jumped to record levels, and crude oil prices have climbed to 14-year highs and briefly topped $130 per barrel.

Investing in midstream/MLP has various advantages in inflationary periods. Energy infrastructure is well-positioned for the current inflationary environment, benefitting from its inherent real asset exposure and contract provisions that allow for annual inflation adjustments. For investors, dividend growth from the space can help offset the negative impact of inflation, according to Stacey Morris, CFA, director of research at Alerian.

Unlike stocks or bonds that derive value from a contractual right, real assets, such as precious metals, commodities, real estate, and infrastructure, derive their worth from the intrinsic value of a physical asset and can serve as an inflation hedge, according to Morris.

Investors looking to bolster their portfolios with midstream exposure should consider the Alerian Energy Infrastructure ETF (ENFR ) and the Alerian MLP ETF (AMLP A-).