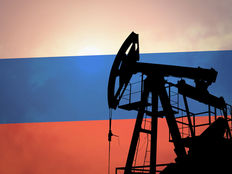 President Joe Biden on Tuesday morning announced the latest sanctions against Russia, an escalation of economic penalties that will have substantial implications for energy both internationally and at home.

The Biden administration is banning Russian oil, natural gas, and coal imports to the U.S. in response to the Russian invasion of Ukraine, a step he warned may lead to a spike in gas prices at home.

“Today, I am announcing the United States is targeting the main artery of Russia’s economy. We’re banning all imports of Russian oil and gas and energy,” Biden said in remarks from the White House. “That means Russian oil will no longer be acceptable at U.S. ports, and the American people will deal another powerful blow to Putin’s war machine.”

Biden said the move has strong bipartisan support in Congress.

The move shuts off the flow of Russian fuel into the United States and could raise gas prices, which have already hit a record-high national average of $4.17 per gallon, and further disrupt global energy markets. The United States receives less than 10 percent of its energy resources from Russia, the Wall Street Journal reports.

In the near term, rising oil and natural gas prices are positive for investors in the energy industry. Even midstream is poised to benefit, despite having a largely fee-based business model limiting the direct upside from higher commodity prices. Broadly, however, rising oil and natural gas prices support energy sentiment and generate more interest in the sector, Stacey Morris, CFA, director of research at Alerian, said.

Investors looking to bolster their portfolios with midstream exposure should consider the Alerian Energy Infrastructure ETF (ENFR ) and the Alerian MLP ETF (AMLP A-), both of which are attractive offerings and provide exposure to North American energy c-corporations and MLPs.